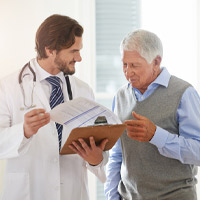 The 2020 Medicare annual enrollment period is October 15 through December 7. As your trusted healthcare partner, Atlantic Health System is happy help you find a plan that’s right for you. Together, Atlantic Health System and Aetna Medicare offer a total approach to health and wellness. If you or someone you know has questions about Medicare options, please call 1-833-238-8126 or visit our resources page >

Alzheimer's Disease Programs and Screenings
Education and prevention can keep you and your loved ones healthy. We invite you to take advantage of the programs, support groups and screenings available. Adults 65 and older who are looking to stay well with age may benefit from events labeled “New Vitality.”

WEDNESDAY, Jan. 8, 2020 -- Poor sleep has been linked to the development of dementia and Alzheimer's disease, and now a new study suggests a possible reason why.

A small group of young, healthy men deprived of just one night of sleep had higher blood levels of tau protein than when they had a full and uninterrupted night of rest, researchers reported in a study published online Jan. 8 in Neurology. THURSDAY, Feb. 6, 2020 -- A breakthrough study has identified a class of natural gene variants that may protect against Alzheimer's disease.

For the study, researchers at University College London analyzed DNA from more than 10,000 people -- half with Alzheimer's and half without. The investigators found that these gene variants reduce the functioning of proteins called tyrosine phosphatases. Diets Rich in Fruits, Veggies Could Lower Your Odds for Alzheimer's

WEDNESDAY, Jan. 29, 2020 -- Older adults who regularly consume a group of antioxidants called flavonols may have a decreased risk of developing Alzheimer's disease, a new study suggests.

The compounds exist in many fruits and vegetables, with the richest sources including green vegetables like kale, spinach and broccoli, apples and tea.

Obesity in Middle Age Could Raise Odds for Alzheimer's Later

THURSDAY, Dec. 19, 2019 -- Obesity in middle age is associated with an increased risk of dementia later in life, according to a study of more than 1 million women in the United Kingdom.

Those who were obese in their mid-50s had 21% greater risk of being diagnosed with dementia 15 or more years later, compared with women who had a healthy weight, a team of British and international researchers found.

THURSDAY, Jan. 2, 2020 -- A new brain scanning technique is shaking up what researchers thought they knew about Alzheimer's disease.

Researchers now say they can predict with reasonable accuracy which brain regions will wither and atrophy in Alzheimer's by identifying the places where tau protein "tangles" have built up.